Quotes of the Month: Technicians (September) 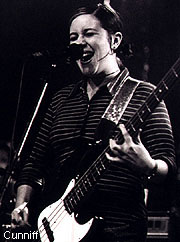 “The Riot Grrrls kept saying, ‘Take back the pit.’ We say, ‘Take back the board.’ Y’know, learn technology, learn to engineer yourself. Too often women are rapping over a man’s track. We pick and produce our samples—we’re in control of every single thing we do.”

“WNEW was then the hottest station in the country as far as progressive rock was concerned. We were number one in New York. And we would do a certain amount of public appearances; this particular one took place in Madison Square Garden, a charity concert. Part of the ceremony was introducing the air staff to the crowd. They would start with the morning man, and then the next guy would come out until there was a line across the stage. And as the last person at night, I was the last person to be introduced. So they were all on stage when they introduced, ‘Alison Steele, the Nightbird.’ And they [the other DJs who had dissed me before] had to stand there while eighteen thousand kids screamed and ranted and raved for ten minutes at the Garden. I got a standing ovation, and the other six guys had to stand there and swallow it. I’m sure if looks could’ve killed, I’d have had holes in my back, but I didn’t care. It was my moment of glory. I worked hard for it. I took a lot of shit over it. And I enjoyed every minute of it.”

—Alison Steele, the radio DJ who became the first woman to win Billboard‘s “FM Personality of the Year” award in 1978. The public loved her Nightbird show, even though she faced a lot of sexism on the job.

“I’m my own manager, I’m my own business agent, I dream the songs up, I do everything, I write my own liner notes, I put the packaging together and I go to the bank. I don’t go outside of myself to produce my records or anything.”

—Cordell Jackson, recording engineer, producer, rockabilly musician, and founder of Moon Records, believed to be the first female-owned record company. She is probably best known for defeating Brian Setzer of the Stray Cats in a guitar battle in a Budweiser commercial.

Are there any careers in the music industry you’d like to see spotlighted in Queens of Noise? Say so in the comments!

Posted in Quotes of the Month (technicians)

Quotes of the Month: Technicians

We pay so much attention to musicians, but not to the workers behind the scenes who make their music sound good and help get it heard. Techies deserve love too, so this month we’re featuring quotes from successful sound engineers and producers.

“We are musicians in our own right. We’re playing the console and the tape machine and the microphones.”

—Susan Rogers, producer and engineer. She worked as a field-service technician in the late ’70s, repairing equipment at recording studios. After a time working as an equipment maintenance staffer at Crosby, Stills, and Nash’s studio, she became Prince’s sound engineer in 1983. She engineered songs by Michael Penn, Tevin Campbell, and Edie Brickell and New Bohemians and then became a freelance producer.

“A lot of my work comes from just playing around with equipment, seeing what it will do. And whenever I get stuck and think I’ll never have another idea again in my life, I just try…to relax and then just play around with the equipment. Because your tools teach you things.”

“I can pull emotions out of players that guys might not be able to.”

—Sylvia Massy, producer, on why her gender can be useful. 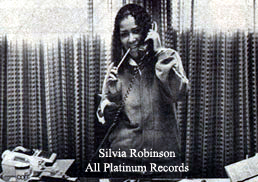 “I’d like to see other women involved [in producing] because it’s so nice, that freedom to express. I love it! I find that producing [the artists], I feel like it’s me. Usually, artists have a certain amount of ego, but in producing you get the same feeling, and if [the song is] a hit, you feel like you did it. It’s very gratifying, and anything men can do, women can do better!”

—Sylvia Robinson, producer and president of Sugar Hill Records. She produced the Sugarhill Gang’s “Rapper’s Delight” and Grandmaster Flash and the Furious Five’s “The Message.”

Are there any careers in the music industry you’d like to see spotlighted in Queens of Noise? Say so in the comments!

Posted in Quotes of the Month (technicians)